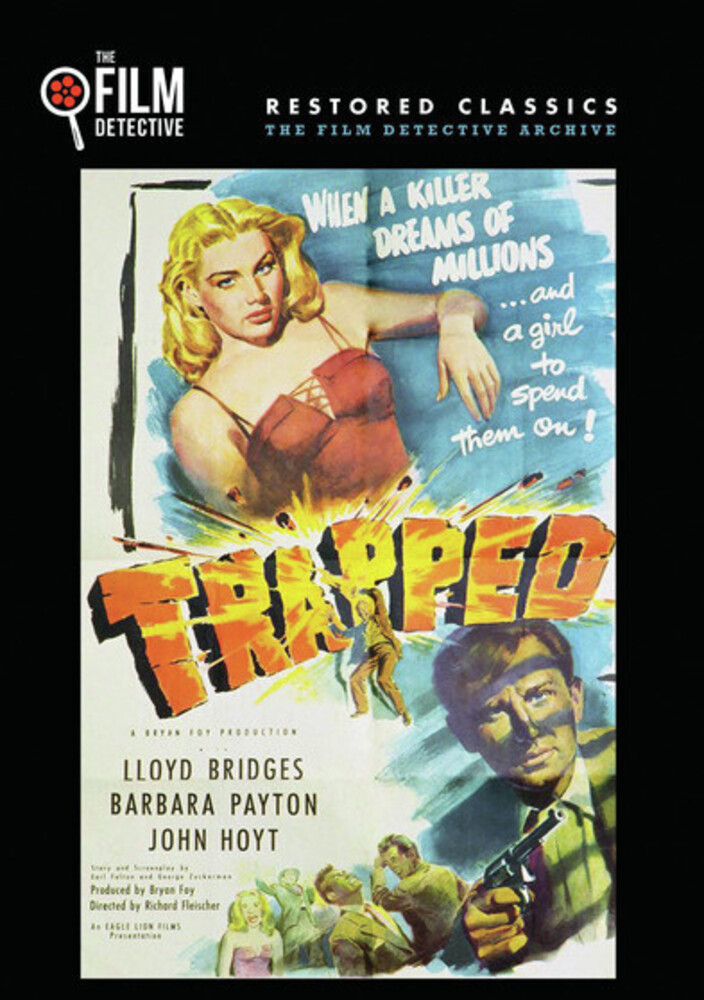 Lloyd Bridges and Barbara Payton star in this suspenseful drama from director Richard Fleischer (The Boston Strangler, Soylent Green). Bridges plays a plays a jailed counterfeiter who is released on the condition that he helps trap the people who are now 'using his plates' to print money. Cinematography by Guy Roe (The Cobra Strikes) and a musical score by Sol Kaplan (The Spy Who Came in from the Cold, Niagara) give this feature a touch of noir atmosphere, all overseen by Oscar nominated producer Bryan Foy (He Walked By Night, I Was a Communist for the FBI).
back to top