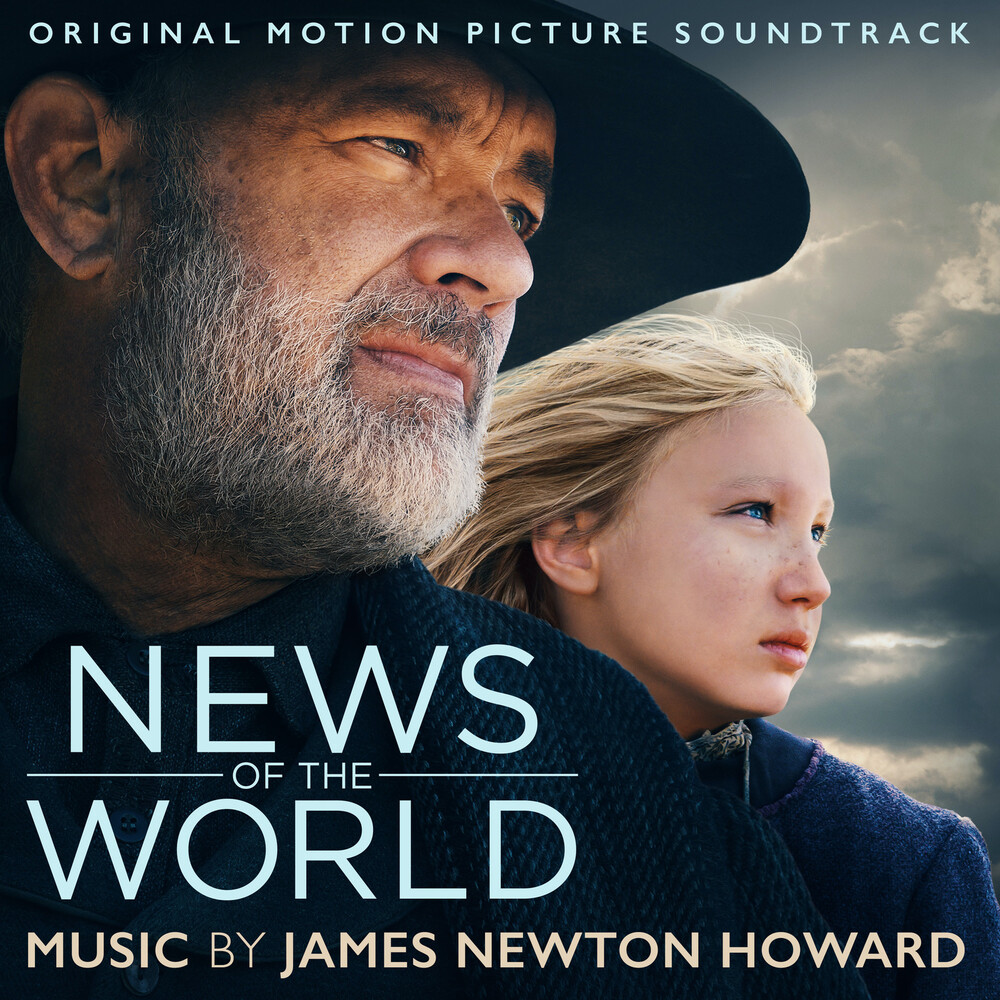 Original soundtrack album for the western News of the World. The album features the film's original music composed by Academy Award nominee James Newton Howard (The Hunger Games, The Sixth Sense, King Kong, Signs, Fantastic Beasts and Where to Find Them, The Village, The Fugitive). News of the World is co-written and directed by Paul Greengrass and stars Tom Hanks and Helena Zengel. The movie is set five years after the end of the Civil War and follows a widower and veteran of three wars who moves from town to town as a non-fiction storyteller, sharing the news of presidents and queens, glorious feuds, devastating catastrophes, and gripping adventures from the far reaches of the globe.