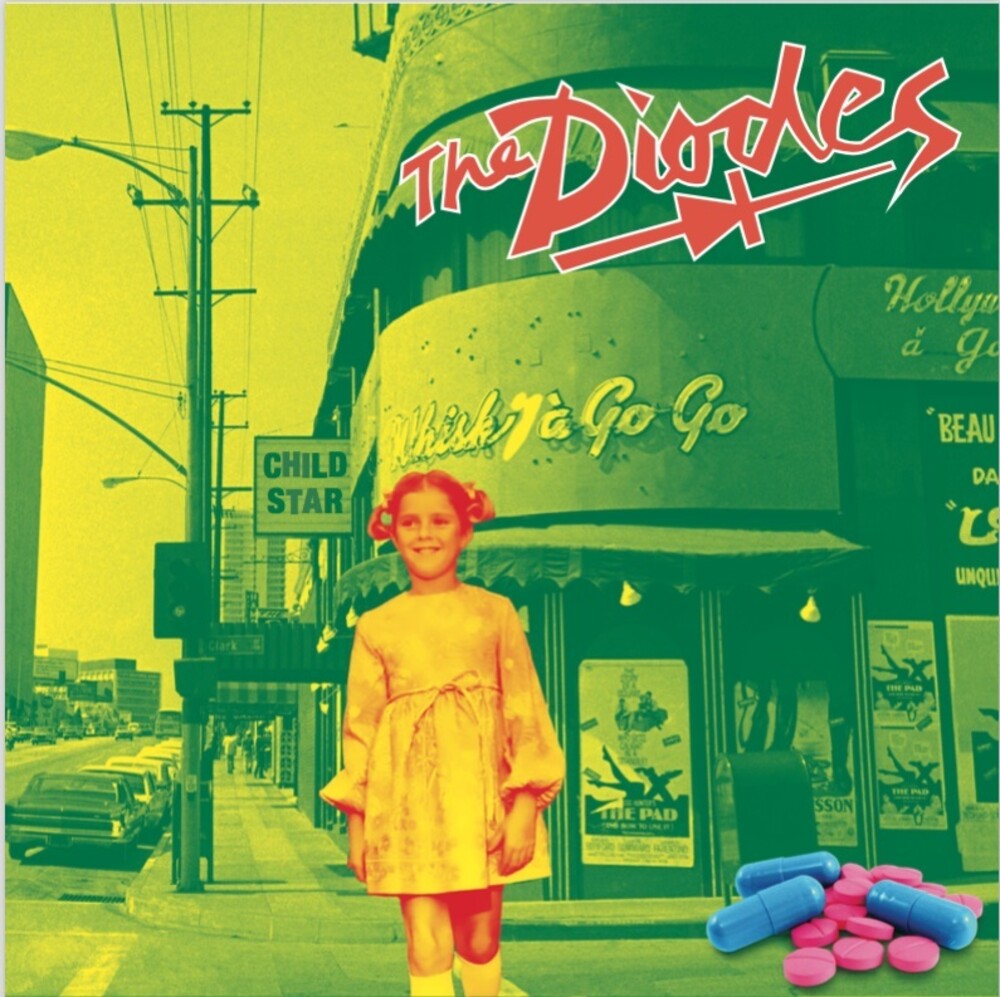 Ate Is A Funny Fucker !!A while ago I had an idea for a new book project. Thought I'd design record covers for 45's that never had them, reimagine others that did and even take LP cuts that i think should've been singles and create covers etc etc. First up was "Child Star" by THE DIODES, an amazing band from Canada. #it was actually the b-side of "Tired of Waking Up Tired." "Child Star" was always an absolute fave of mine from the era and is every bit as brilliant today as when it was originally released in 1978. It's about that horrible little Buffy (Anissa Jones) from the hideous tv show, Family Affair. She overdosed at 18 and THE DIODES found it to be excellent subject matter for a song. How right they were and how incredibly perfect it is. I came up with a concept, found photos and my faithful and talented designer, Mark Cox put it all together. After several revisions we settled on our final version...I was really happy with it and then decided to contact the band suggesting actually releasing it. They loved the idea and we worked out details. I licensed the original recording from CBS and secured two live tracks for the b side. THE DIODES, are a Canadian Punk Rock formed in 1976 in Toronto. They released five albums. They were one of the first Canadian bands to embrace this style of music and helped to foster the original Punk scene in Toronto. A documentary about the band 'Circa 1977 The Diodes' directed by Aldo Erdic premiered at NXNE 2010.