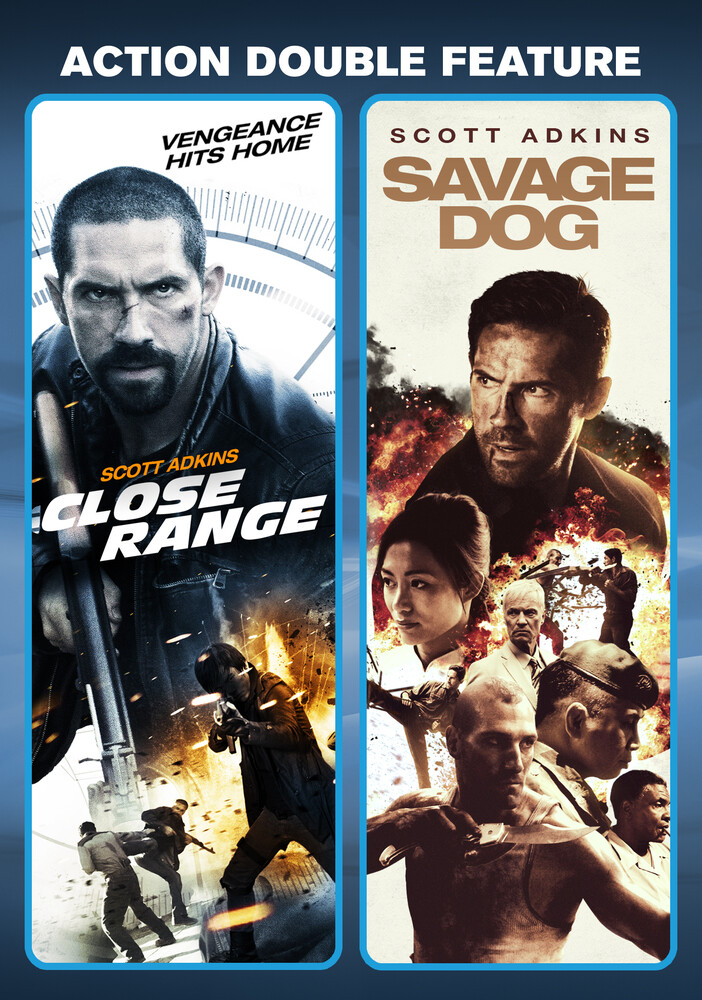 CLOSE RANGE: After rescuing his kidnapped niece from a powerful drug cartel, Colton MacReady (Scott Adkins, Hard Target 2) begins a relentless fight to save his family. The cartel has descended upon his secluded ranch with a thirst for revenge. In tow are a corrupt local sheriff and his crew of deputies, ensuring that help won't be coming any time soon. What ensues is a non-stop assault on the ranch, a blow-by-blow survival marathon for Colton to protect his loved ones and save his life.SAVAGE DOG: Indochina, 1959. A Wild West town controlled by the criminal class: Vietnamese warlords and European war criminals. Den-Dhin-Chan Labor Camp is run by four such dangerous men. The worst prison in the land, it is here that a European, former-champion boxer Martin Tilman (Scott Adkins) has made a name for himself fighting tournaments, on which wealthy criminals gamble in high stakes events. When Tilman is due for release, he just wants to return home, but the corrupt forces running the jail will do everything in their power to keep him locked down. When all that Tilman holds dear is taken away in a vicious act of violence, he is forced to confront the five men responsible and take his revenge.
back to top