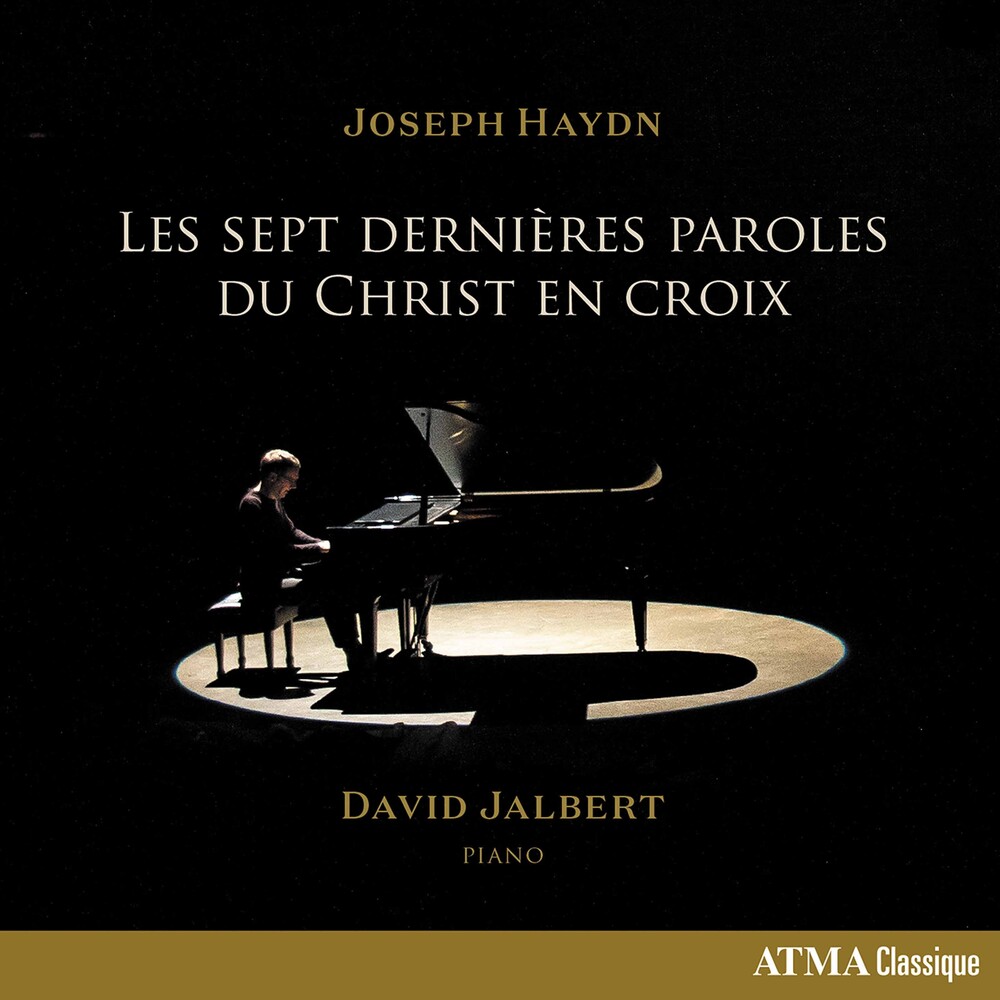 The latest recording by award-winning pianist David Jalbert is a piano transcription of Haydn's The Seven Last Words of Christ on the Cross. Originally commissioned as an orchestral work to be performed on Good Friday, The Seven Last Words are a musical rendering of Christ's final moments as reported by the four evangelists. Following it's initial success, Haydn arranged the work for string quartet and later authorized an anonymous transcription for keyboard. The work's final incarnation as an oratorio emerged in1796, several years before The Creation and The Seasons. This recording was made at Palais Montcalm in Quebec City following Jalbert's live performance of Seven Last Words in Montreal as part of Rodrigo García's 2018 theatrical production, Golgotha Picnic. "In The Seven Last Words, Haydn sublimely purifies his style, evoking Mozart and late Beethoven, even anticipating Schubert," says Jalbert, who has frequently performed the composer's works throughout his career. A virtuoso with a warm, elegant style and a wide-ranging repertoire, David Jalbert has established himself among the elite of a new generation of classical musicians: "Jalbert's piano playing is remarkable for it's sweep, confidence, sensitivity, power and color, what more can we ask?" (Fanfare). David Jalbert has won five Opus Awards, has been nominated for three JUNO Awards, and was the 2007laureate of the prestigious Virginia Parker Prize of the Canada Council for the Arts. He holds degrees from the Juilliard School, the Glenn Gould School, Université de Montréal and Conservatoire de musique du Québec, and is an Associate Professor of Piano at the University of Ottawa.