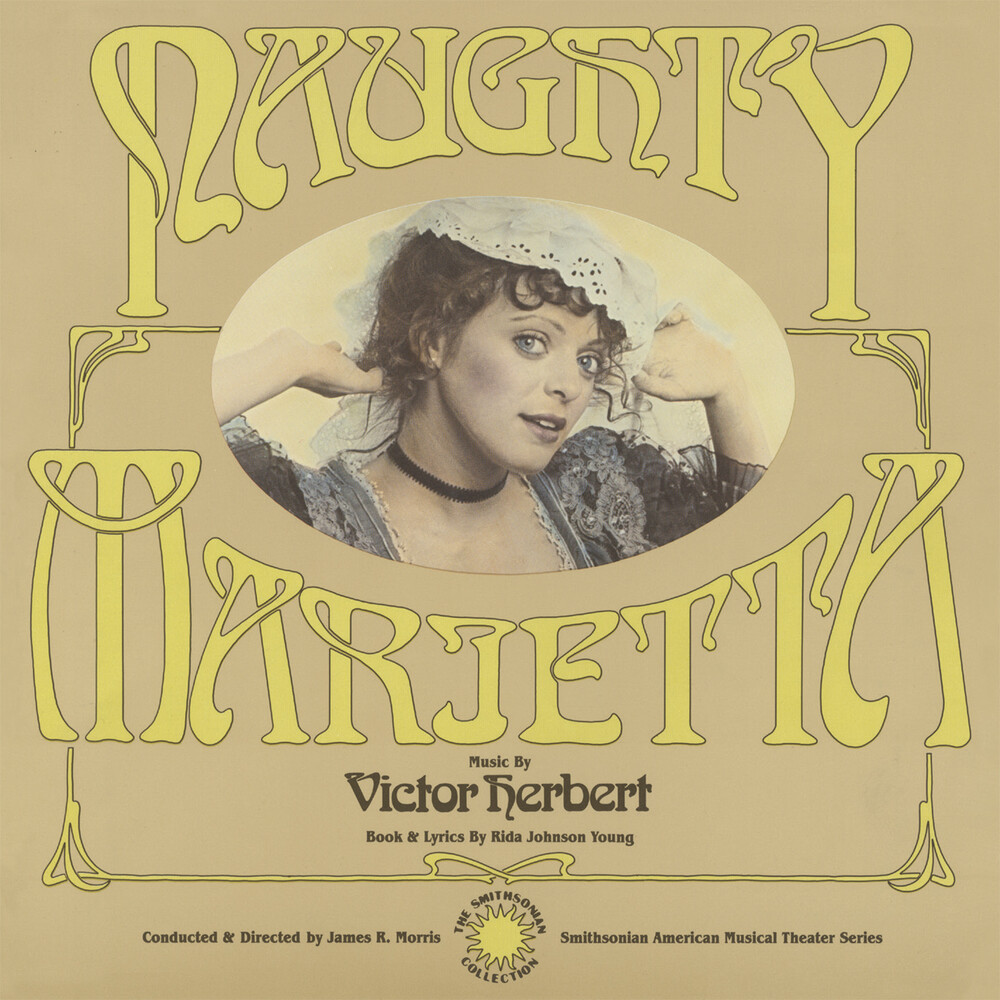 For the first time on album, the Smithsonian Institution's 1981 first complete recording of Victor Herbert's classic musical, Naughty Marietta, is available through Harbinger Records. This is the most complete recorded performance of the original score of a Victor Herbert operetta. It provides the listener with an opportunity to hear this brilliant score as if complete for the first time. The recording began as a concert at the Smithsonian Institution in 1981. The reception was so great, the company went right into the studio and recorded the 2-LP set under the direction of the Division of Performing Arts' Director, James R. Morris. A young Judy Blazer played Marietta, an early step toward her becoming a Broadway star. Naughty Marietta is Herbert's best and most popular score and became a key bridge between the English, French and Viennese operettas popular in the late 19th-century and the thoroughly American style of entertainment that dominated our musical stages after 1920. Herbert's collaborator on the project was Rida Johnson Young, who supplied the libretto and the lyrics. She was the first significant lyricist of the 20th-century American musical theater. Her best work transforms the florid language of European operettas into colloquial speech. She wrote plays, acted, and wrote the standard, "Mother Machree" for the show Barry of Ballymore. She wrote the lyrics for over 500 songs including works by Jerome Kern, Sigmund Romberg and Rudolf Friml, all giants in the world of musical theater. Naughty Marietta has become a staple of light opera companies throughout the world. After the Broadway engagement the show toured the United States to rave reviews and sold-out houses. Nearly two decades later the show returned to Broadway to great acclaim.
back to top