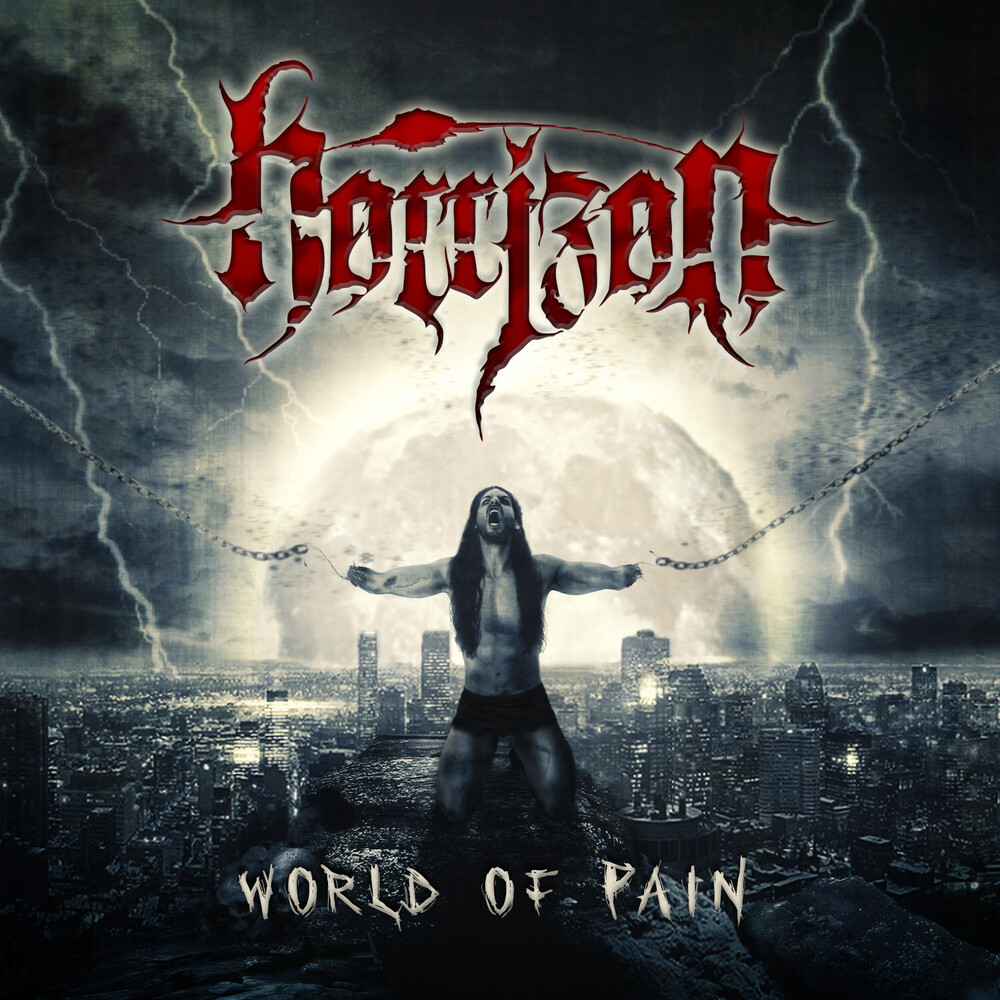 The production of "World Of Pain" already begun in spring 2015 and was finally finished 4 years later. The delay was caused by line-up changes and personal circumstances. Vocalist Martin Gerloff and producer Dominik Jahn spent the past 1,5 years of the production cycle with the mixing and mastering of the tracks at the Heimfarth-Studio in Simmern, Germany, that were recorded at Peter Gedert's home recording studio "World Of Pain" turned out to be more professional than it's predecessors, both in terms of the sound as well as the songwriting. For this album, both songwriters Martin Gerloff and Peter Gedert focused on catchiness and diversity more than ever. You can look forward to mid-tempo tracks and ballad-like passages with clean vocals alongside Horrizon's signature fast melodic metal songs. Due to Peter Gedert's 1-year-long hiatus, all songs were written by Martin Gerloff himself, which led to "World Of Pain" turning out as some kind of concept album: This album mainly deals with everyday scenarios, which cause pain, both mentally as well as physically, as the album's title already suggests. Horrizon present their strongest album so far and offer a listening experience that will particularly please fans of Arch Enemy, Amon Amarth, At The Gates or Dark Tranquility. But wait, there's more: Fans of the Finnish melodic death band Mors Principium Est (MPE) will be excited to hear the guest solo on "Reborn" (which is a tribute to the MPE classic "The Unborn") was written and performed by MPE's guitarist Andy Gillion himself!
back to top