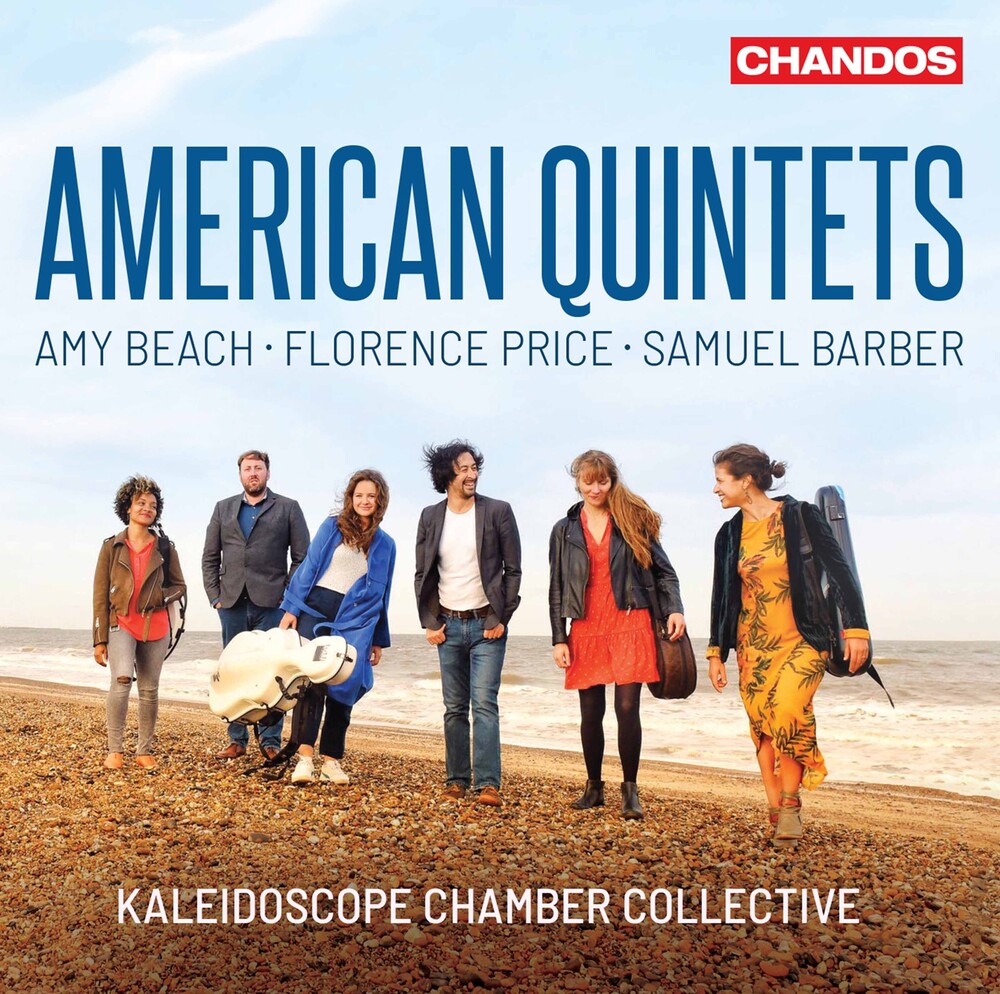 Hailed by The Times for it's 'exhilarating performances', the Kaleidoscope Chamber Collective was dreamed up in 2017 by Tom Poster and Elena Urioste, who met through the BBC Radio 3 New Generation Artists scheme. The Collective operates with a flexible roster which features many of today's most inspirational musicians, both instrumentalists and singers, and it's creative programming is marked by an ardent commitment to celebrating diversity of all forms and a desire to unearth lesser-known gems of the repertoire. This ethos is clear in their repertoire selection for this their début recording. The Piano Quintet is one of Amy Beach's better-known works, which the KCC collectively fell in love with during a residency at the Cheltenham festival. Composed in 1907, the work reflects the strong influence of the music of Brahms. Florence Price famously claimed to face 'two handicaps - those of sex and race', and much of her music remained unpublished at the time of her death. Additionally, a significant quantity of her manuscripts had disappeared without trace. It was not until 2009 that a cache of them (including two lost symphonies) was discovered by property developers in the attic of an abandoned house in Illinois - including the score for the Piano Quintet in A minor that receives it's world première recording here. Although characteristically conservative in it's late-romantic idiom, the piece celebrates Price's African American heritage with echoes of spirituals and hymns, and the popular juba stomping dance rooted in the slave plantations of the Deep South. Between these two piano quintets sits Samuel Barber's early Dover Beach, a setting of Matthew Arnold's famous poem that has remained one of the best-known works in the voice-and-quartet repertoire.